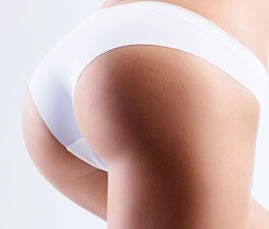 What is the Brazilian Butt Lift?

The brazilian butt lift (BBL) is a type of butt augmentation procedure which results in youthful, prominent, perky buttocks and a more sensual body profile.

My butt is too flat! I want round, prominent, and perky buttocks.
-a patient from Washington D.C.

The surgical procedure uses your own fat, so it is the most natural way to augment your buttocks. Over the last few years, the buttocks have received more press coverage than ever before. People of all ages and body types are having the Brazilian Butt Lift procedure.

What concerns does the Brazilian Butt Lift address?

Candidates for the procedure include both women and men who have these symptoms:

How is the Brazilian Butt Lift performed?

I have been using the same technique for over 10 years, but I have refined my processing so that you get the purest and most viable fat possible reinjected into your buttocks. This helps ensure the longest lasting result. My technique involves fat extraction with liposuction, processing of the fat, and micro reinjection of fat droplets.

Fat extraction is performed by liposuction. Fat processing involves decanting and centrifugation. The final step is the process of fat injection back into the buttocks. The process of fat reinjection involves hundreds of injections. The procedure is designed to fill the upper quadrant of your buttocks so that the butt appears lifted and perky. The resulting effect is that your profile appears more attractive and sensuous.

Suction assisted tumescent liposuction is used to extract the fat which will be later used for the fat graft to the buttocks. I first remove fat from selected areas of your body using slender, 3mm cannulas with 1mm holes. The small cannula holes allow me to collect only the smallest fat particles. I believe that small fat particles make the best fat grafts. Likewise, I do NOT use use the thicker, 5mm cannulas to remove fat as they can compromise the fat graft results and give poor results. This is based on research from Dr. Kotaro Yoshimura, a world-wide fat grafting authority, which I have detailed in my blog post here.

During fat extraction, the buttock is first contoured in the areas around the buttocks to make them stand out more. Common areas liposuctioned include the back (directly above the buttocks), the stomach, and the thighs. Note that even the liposuction alone will give your lower body a more attractive look.

After liposuction, the fat suctioned from these areas is carefully processed and purified by decanting and centrifugation. Only a fraction of the donor fat removed will qualify for re-injection to the buttocks. In most cases , not more than 25% of the fat cells extracted will be qualified for re-injection.

Only the best donor fat cells are re-injected back into your buttocks for augmentation. In order to get enough qualified fat, I must liposuction at least two areas of your body, and preferably three areas.

Re-Injection of Fat into the Buttocks

The fat is placed or transferred to the buttocks in hundreds of injections with special cannulas. I inject small amounts of purified fat into different areas of the buttocks and at various depths so that the patient will get the highest permanent absorption rate. Thus, the procedure usually involves hundreds of micro fat injections. Correct injection methods are essential to achieve a uniform, smooth, natural appearance to the buttocks.

The average amount of fat that I inject into each buttocks cheek is 580cc. However, patients who have a generous fat distribution before surgery can expect to get up to 1000cc of fat for each cheek. Read more about the average fat injections amounts of my Brazilian Butt Lift patients in my blog post.

The Importance of Surgical Technique

You can watch as I explain the details of my technique and the complex series of steps involved in this YouTube video right here (or click here to see the same video in our plastic surgery videos section).

I perform Brazilian Butt lifts several times each month and have been doing so for over a decade. I have years of experience with various butt lifting and fat transfertechniques and am uniquely qualified in this area of expertise.

Because the success of this procedure is so highly dependent on the surgical techniques, I recently wrote a post about asking the right questions during consults. Use the information you can get from asking these six questions to help pick the best surgeon for your brazilian butt lift procedure.

While a prominent butt is usually the goal in the patient's mind, it's really not just about getting the biggest butt possible. I wrote this blog post more than 7 years ago and I believe it still holds true: The Brazilian Butt Lift is not just about big butts!

The type of Anesthesia used

IV sedation is a better choice for most patients undergoing a Brazilian butt lift. This anesthesia nearly eliminates the pulmonary risks that are associated with General Anesthesia. To learn all about why I prefer the use of monitored IV-sedation anesthesia instead of General Anesthesia, see my blog post about the types of anesthesia used in cosmetic surgery.

Other Techniques for Augmenting the Buttocks

The buttocks can also be augmented with butt implants (instead of using your own fat). However, I believe the Brazilian Butt Lift technique is far superior to implants. 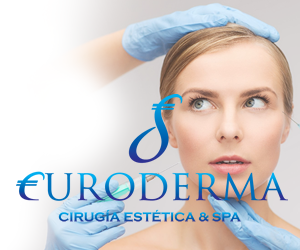